SONAGÁS G.E.’s new building in Malabo II cost a total of 24 billion CFA francs. It has a modern design spread over 8 floors and has a floor area of 9,599 m₂, which ensures it meets the needs of a society such as ours in which the gas industry has a high profile nationally and internationally.

On 20 July 2011, SONAGÁS G.E. opened the company’s new headquarters in Malabo II. It was built by the Chinese company Yunnan Construcción Guinea Ecuatorial. It is an 8-floor building with a floor area of 9,599 m₂. It contains 43 offices, 8 meeting rooms and a conference room. The total construction cost was over 24 billion CFA francs (€37 million) and it was funded entirely by the Government of Republic of Equatorial Guinea. 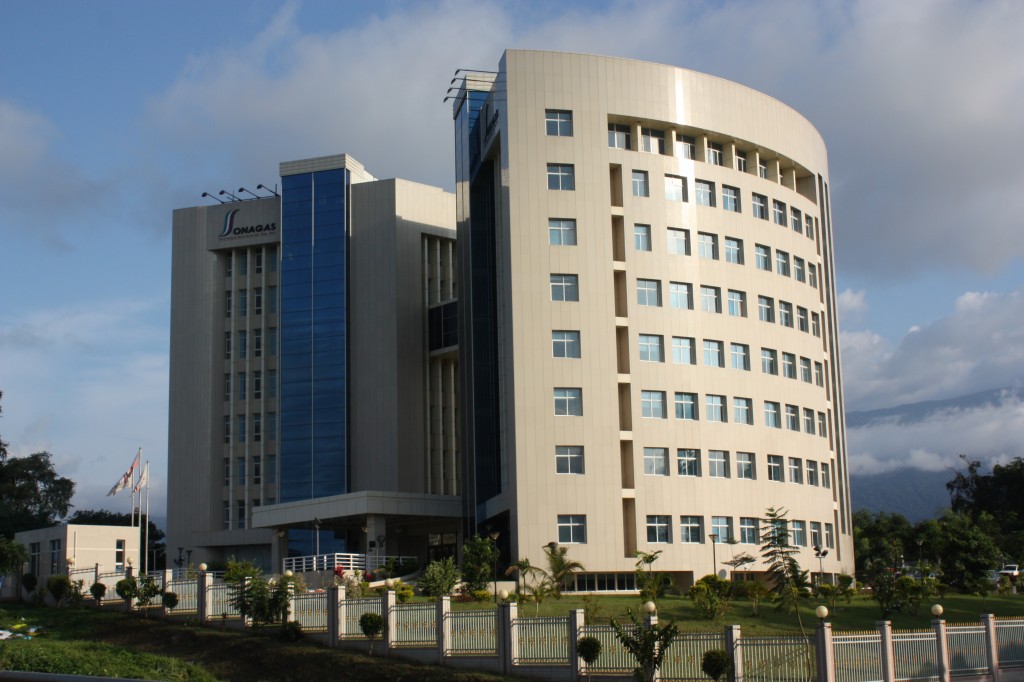 This new headquarters comply with Decree no. 58-2003 of 18 August, which called upon companies based in the country to build and improve their facilities so as to be able to work in greater comfort. The ceremony was presided over by the Prime Minister and Head of Government, Ignacio Milam Tang. Various authorities were present together with members of the official diplomatic corps in E.G. and representatives from the oil industry.

SONAGÁS G.E. is continuing to work to fulfil its mission of strengthening the country’s industrial capacity by training qualified professionals and through the achievements attained in LNG, methanol, 3G and domestic gas supply projects.